How will you preserve the history of the Miramar?

The historic Moreton Bay Fig Tree will be the iconic focal point of both the project’s architecture and landscape design, celebrating and embracing the tree and providing improved public access to and enjoyment of the tree.

The project includes a detailed tree protection plan to ensure the health and vitality of the tree before, during and after the construction of the proposed project.

Will the public have access to the gardens and the Moreton Bay Fig Tree?

The new Miramar will create an engaging new publicly-accessible garden, the Public Garden Terraces at the intersection of Wilshire Boulevard and Ocean Avenue, featuring a prominent piece of public art and activated by adjacent food and beverage outlets. The approximately 14,000 sf garden would be open to the public at all times, subject to rules and regulations to be established.

Just beyond and slightly elevated from the Public Garden Terraces will be the Miramar Gardens, celebrating and featuring the Moreton Bay Fig Tree. The tree will be surrounded by a wood deck to protect its roots and offer seating for the adjacent food and beverage and meeting spaces.

How tall is the new Miramar?

Will this new plan increase traffic?

The revised parking and circulation plan will facilitate the traffic flow and circulation on the immediate streets and intersections around the Miramar by providing adequate on-site parking for all residents, guests and visitors. This will eliminate well over a hundred daily valet trips to offsite parking locations and free up many parking spaces on neighborhood streets.

How much revenue will the new Miramar generate for Santa Monica?

The City’s independent financial consultant – HR&A Advisors suggests that the redeveloped Miramar will provide substantial new revenues for the City and its schools:

$3.5 million annually to local schools ($3 million more than the existing hotel) and $112 million over the first 25 years of operations.

What’s going to happen to The Bungalow and Fig Restaurant?

The Bungalow and Fig Restaurant will both be reimagined in new second floor locations with expansive outdoor decks featuring stunning views of Palisades Park and the Santa Monica Bay.

Why do you need to include residences?

By providing market-rate condominiums, the Miramar will contribute to achieving the DCP policy to “encourage the development of housing ownership opportunities to complement the rental housing stock…”

The Miramar has already received dozens of inquiries from Santa Monica residents looking to sell their current homes and move into a full-service condominium building.

In addition to the new market-rate condominiums, the Miramar is partnering with Community Corporation of Santa Monica to build a 100% affordable apartment building on Second Street, directly across the street from the Miramar. This 100% affordable housing building will include 42 units (70% of the market rate condos), well above the City’s new 25% requirement in the DCP.

As validated by the City’s independent financial consultant HR&A Advisors, the residential component of the Miramar Santa Monica is absolutely critical to the financial viability of the proposed project, that will generate substantial new revenues to the City and deliver over $128 million in community/project benefits.

Will the Miramar be environmentally sustainable?

Does the proposed project comply with the City of Santa Monica’s LUCE and Downtown Community Plan?

The proposed redevelopment plan is completely consistent with the standards, direction and guidance in the City’s DCP, including maximum building height at 130’, more than 50% ground floor open space, retail frontage with expanded sidewalks to encourage pedestrian activity and a 2.6 FAR – significantly less than the 3.0 FAR limit for the site.

The Miramar Santa Monica will be a dynamic mixed-use redevelopment that will be of exceptional planning and design, consistent with the policies and objectives set forth in the LUCE. The project will include significant new open space, an engaging new publicly-accessible garden with a prominent piece of public art, wide sidewalks, new and inviting pedestrian access, historic preservation, sustainable building design, access to mass transit, new hotel rooms, new food and beverage offerings available to the public, ground floor retail space and new market rate and affordable residences all consistent with the LUCE.

Who is the local team working on the Miramar Santa Monica?

The local team for The Miramar Santa Monica is led by Ellis O’Connor of MSD Hospitality and Dustin Peterson of The Athens Group. Both Ellis and Dustin have been working and involved in the Santa Monica community for the last eight years. 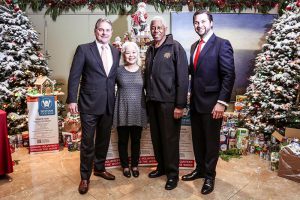 Ellis O’Connor is the co-founder and co-head of MSD Hospitality, the hospitality asset management arm of MSD Capital L.P.’s Real Estate Group. Ellis, who recently completed a term as Chairman of the Santa Monica Chamber of Commerce, has spent almost thirty years in the hospitality industry, and was formerly General Manager of the Fairmont Miramar Hotel in Santa Monica. 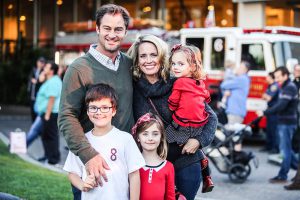 Dustin Peterson is a Principal and Vice President with The Athens Group. Dustin has been actively involved in managing and overseeing the entitlement, design, construction and development of the following four major mixed-use luxury resort and hotel development projects: The Ritz-Carlton, Half Moon Bay, California; The Ritz-Carlton, Bachelor Gulch, Colorado, the Montage Resort & Spa, Laguna Beach, California and the Montage Beverly Hills.